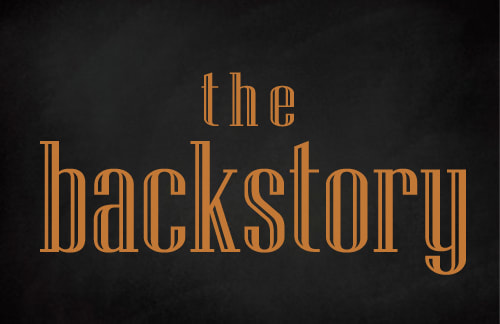 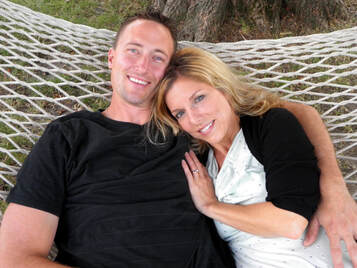 The idea for the original Majestic Hammock was born back in 2013.

That summer, I purchased a cheap, rope-style hammock from a big-box store, brought it home, and stretched it between two Silver Maples in my yard.

After only one season of simple use by my kids, a few neighborhood kids, some major UV degradation of the ropes by the summer sun, and a number of repairs to the wooden spreader bars, it was more than ready for the trash can. 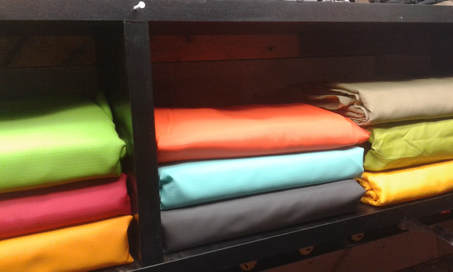 ​At this point, I had a choice to make: either purchase another $50 imported piece that would again only last one season, or I could design and build one myself.

So, I did just enough research online to know what a common hammock fabric might be to start tinkering with, and I bought a few yards.  From there, this whole thing just snowballed.

I realized immediately that I had to teach myself to sew again, as the only sewing class I had ever taken was way back in the 1980's. 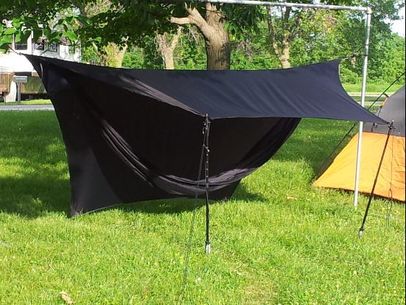 Somehow, my first "original" design worked.  It wasn't extremely pretty, and was only moderately comfortable, but the hook had been set, and a vision began to develop very quickly from there.
​
​I knew one thing at this point: if I chose here to actively and creatively pursue the design and development of a new hammock brand, I wanted this endeavor to be 100% of my own design.

So, right then, I made a deliberate choice to never look at any other current manufacturer's designs in order to mimic them.  I never wanted to be accused of stealing or copying their designs, ideas, or specific features. 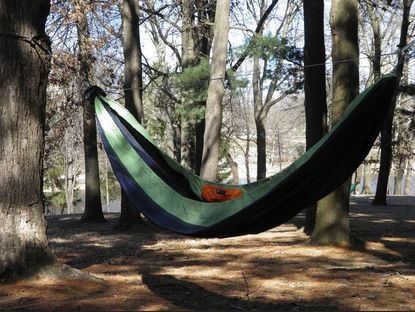 Over the course of the following 2 years, I designed  and re-designed many different prototypes.

Each new one built on what I learned from the mistakes or shortcomings of the past version(s).

Each new version was better than the last, and eventually, I got to a point in 2015 where I was satisfied with putting out my first "production" model.

​Now that I was beginning to make my own, custom hammocks for other hammock enthusiasts, I had to decide how to creatively brand this original, next-generation hammock...
ABOUT THE BRAND...